How the Slow Cooker Can Save You Money

I love my slow cooker, and I use it often. I use it to cook stews and soups but also to roast meat: chicken, gammon as well as cuts of beef. In fact, I prefer the slow cooker to using either the oven or the stove on any given day. The question I most commonly get asked by both family members and friends is this: Doesn’t it cost more in electricity charges to cook a meal for 8 hours in the slow cooker as opposed to 2 or 3 hours using the oven or the stove?

The answer is: No. I actually save on my electricity bill by using the slow cooker, and here is how that works out.

The current electricity charges in South Africa, according to our latest municipal bill, works out to R1.62 per 1 kW (or 1,000 watts), and this amount includes VAT. I don’t think there’s any point in calculating the price without VAT because we, the consumers, end up paying for VAT in our bills anyway, so that is the price per 1 kW as far as I’m concerned.

An average oven uses 2000-2200 watts. A roast in the oven will generally take you about 3 hours until done. Using this nifty electricity consumption calculator here, you can see that it would cost you R3.56 per hour to use your oven which brings your total electricity charge for that meal to R10.68.

My slow cooker uses 380 watts of electricity, and most brands and types and sizes are very economical this way so chances are, yours is too – look at the bottom of the pot for the exact number. If I cook that same roast in the slow cooker, it would cost R0.61 in electricity charges per hour, and with 8 hours of cooking time, the total would still come to R4,88.

That’s half the price.

Let’s look at the bigger picture here. If you cook a meal in the oven or on the stove 10 times a month, roughly 3 hours at a time, your total electricity bill including VAT will come to R106.80 that month. If you choose to cook the same meals using your slow cooker, also 10 times a month, with 8 hours’ average cooking time, you end up paying R48.80 per month.

An added bonus to cooking meat in the slow cooker is that you can choose to buy cheaper cuts of meat. Those cheaper cuts will cook slowly for 6-8 hours at a time and will be as soft as any of the more expensive cuts you can buy in the shops by the time the meal is done.

As an example, shin meat costs R39.99 per kg on special at Meat World in Alberton these days. It has a bit of bone and a bit of fat, but it’s precisely that little bit of bone and fat that will actually give your stew the taste and the goodness it should have. I wouldn’t even think of paying double the price, or more, for the same amount of beef fillet to make a pot of stew.

Shin meat is actually the best beef stewing meat and it makes the tastiest stew precisely because it’s cooked in the slow cooker for 7 or 8 hours at a time. It has the chance to stew and turn into tender, tasty cuts of meat that you would expect to see in a pot of beef stew. Cooking the same cut of meat on a pot on the stove would never give you the same delicious taste!

Using the slow cooker is so much more economical and can help save you money on your household expenses each month. We bought ours a couple of years ago and it was not expensive. It might have cost us about R500 for a fairly large slow cooker. We really see it as a wise investment considering that it has probably paid for itself long ago and still continues to save us money each month. 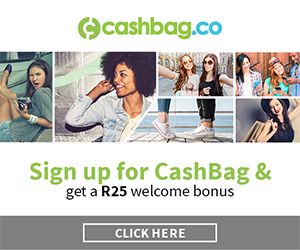 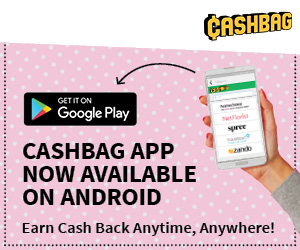